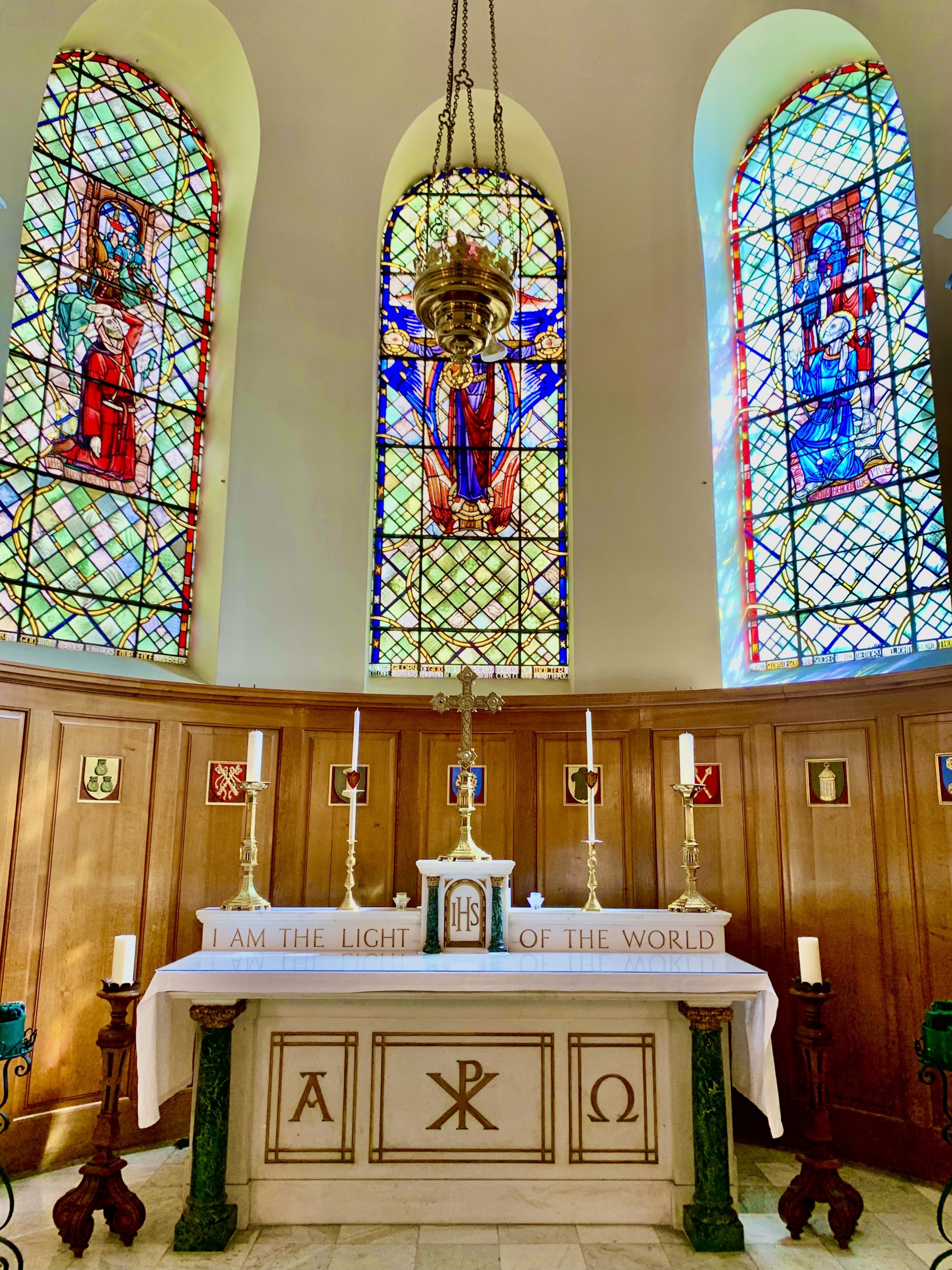 St Paul’s Church is part of the Anglican Diocese in Europe, and is in the Archdeaconry of France and Monaco, serving the English speaking community and using the worship services of the Church of England.

The bishop, The Rt. Revd Robert Innes, lives in Brussels and there is a small secretariat in London.

Services are held in English.

On Sunday at 1030hrs Sung Eucharist from Common Worship. Some services are led by a choir of professional singers and on the first Sunday each month the service is more informal and families are especially encouraged to attend.

There is also a quiet reflective service of Holy Communion on Wednesdays at 1830hrs.

St Paul’s Church is also host to 3 other congregations (Filippino, French Evangelical and Russian Orthodox) who meet on Sundays.

The first church for the English speaking people of Monaco was St Cyprien’s, built in 1888 by the British Vice Consul, Mr Edward Smith, and eventually the present church was built on a different site in 1924, on land granted by the Prince of Monaco with the decree that if there was no service in the church for a year, the site would revert to the Principality.

St. Paul’s was opened in November 1924 and consecrated by the Bishop of Gibraltar 3 months later.

Like much of Monaco, the church is built on a cliff face. At street level on Avenue De Grande Bretagne the church presents itself as a single storey church with a porch at the west end and an apse at the east. However the southern perspective shows it has 4 floors, with the Chaplain’s apartment, a library and an apartment for the concierge.

The church has some notable stained glass with the upper Nave windows depicting the 14 Stations of the Cross, the traditional final journey Jesus made on his way to Calvary, forced to carry his own cross, and shows some of the incidents which happened along the way. Christians have long used this Way as a meditation on the suffering of Jesus.

The window of the Lady Chapel shows Mary as ‘Queen of Heaven’; a crown on her head and the glory of the sun behind her.

The west wall has a series of smaller windows, the central one is of Christ giving a blessing as he looks to the Font. This is unusual as Jesus gives his blessing with his left hand. 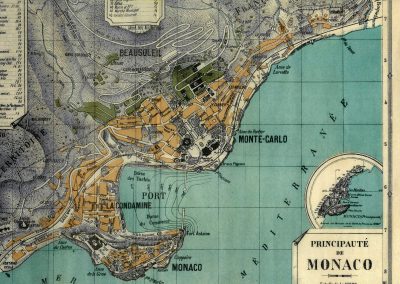